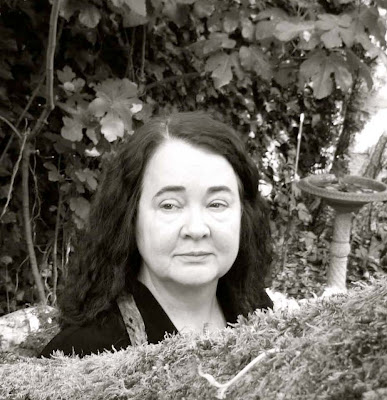 Cathy Ford was born in Lloydminster, Saskatchewan, and grew up in northern British Columbia. She has a B.F.A.
and an M.F.A. from the University of British Columbia (1978). She now lives on Mayne Island, and in
Sidney, B.C., working as poet and fictioniste, publisher, editor, and teacher. She was President
of the League of Canadian Poets in 1985/86, and one of the founding members of the League's Feminist
Caucus in 1982. From 1984 to 1986 she was a member of a national task force of Women and Words,
working to create a draft constitution for a national association of PanCanadian Women and Words.
She was a member of the Board of Directors of the Literary Storefront from 1980 to 1982, and is
also a member of the Federation of British Columbia Writers and PEN. 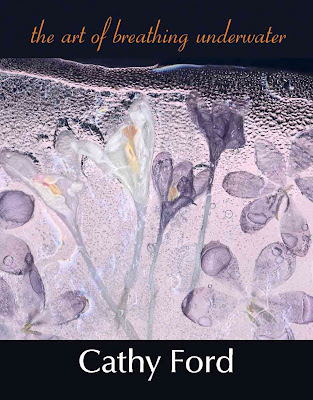 “The collection is filled with images of nature, literary allusions, hope for peace, and dazzling word play.”

“Ford has mastered both the long line and the short one. The pacing demands close attention, and it rewards the reader with riches.”

“ The language is precise, and as usual, Ford creates splendid images…”


“ Lifting brief passages to include in a review seems like sacrilege. These poems need to be read
and savoured and pondered in their entirety. The lines wash over the reader like an incoming tide, full of possibility and promise…”


“Her commitment to feminist politics underwrites this book that, at over twenty years in the making, has the feel of a life’s work.”


“…employing the long lines that recall Adrienne Rich’s reclamation of Whitman’s line in books like An Atlas of the Difficul
t World, often begins with a political context…”

“the art of breathing underwater refuses Adorno’s famous contention that there can be no poetry after
Auschwitz and instead holds a vital inquiry into the place for beauty after suffering and tragedy.”

From the jurors of the 2011 Pat Lowther Memorial Award. “A few books we just have to tell you about”.


The Art of Breathing Underwater, Cathy Ford: Ford confronts life with sheer elegance and weaves a majestic mantle of language. 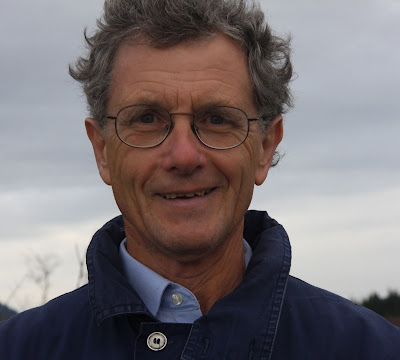 Richard Osler writes poetry when he isn’t watching the poetics of the stock market’s rise and fall as a specialty money manager. His poems have been accepted in numerous journals including the Malahat review, Prarie Fire, Antigonish Review and CV2 which published a feature interview with him in its Winter 2011 issue. He also leads weekend writing retreats for poets and conducts poetry workshops in drug and alcohol recovery centres. The Cowichan Valley in B.C. has claimed him as one of its own since 2010. 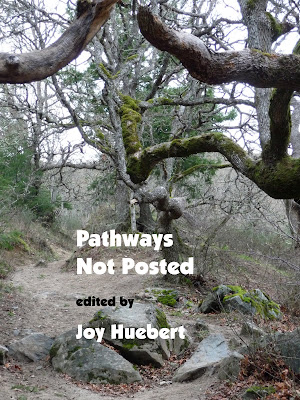 Joy Huebert, Gisela Ruebsaat, and Katrin Horowitz will be reading from their collaborative book, Pathways Not Posted


Joy Huebert is a Victoria writer and winner of the 2008 Short Grain Postcard Story Competition.
She has been published in several literary magazines and three chapbooks
produced by the Root Cellar Press. She is an editor of the short story
collection, Magic Night, and placed second in the Vancouver Story Slam.

Gisela Ruebsaat is a Victoria poet who has been published in Island Writer. Her work
explores the intersection of music, spoken word and song. She has worked as a speechwriter
for governments in Ontario and BC and currently acts as Legal Analyst for the Ending Violence Association.

Katrin Horowitz published her first novel, Power Failures, in 2007. Last year she was a winner
in Victoria's Night on the Town prose competition for her story, Blues for a Bridge.
She is finalizing a new novel, Convenient Lies, and is also working on more short stories.
Kim Clark - Book Launch 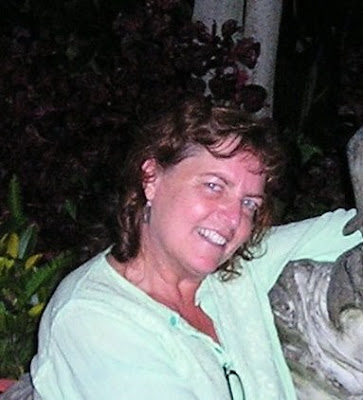 Kim Clark lives on Vancouver Island. Disease and desire, mothering and the mundane propel her ongoing journey between poetry and prose. Her work can be found in e-zines and other publications in Canada and the U.S.. Kim holds a BA in Creative Writing from VIU. She won the 2005 Cecilia Lamont prize for fiction and her story “Solitaire” was shortlisted in the Malahat Review’s 2010 Novella Contest. 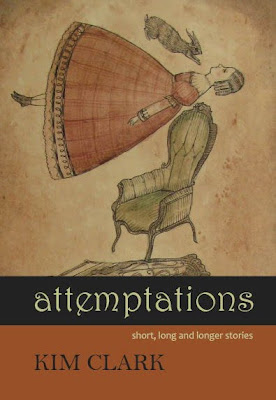 The book hook—
a peek into Attemptations:

Imagine you’re given the startling news that your body is only capable of having six more orgasms . . .