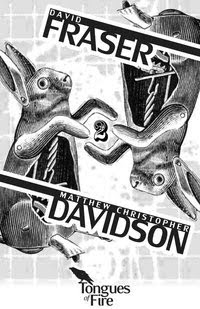 "How bout a swell double feature to warm up a late January night?" we ask you. And you reply "gosh, really!?" Yup. Because our awesome-ossity knows no boundaries. Also, we like you, and think you deserve something nice.

So we're bringing Wordstorm's founder David Fraser down from Nanaimo to share his work AND pairing him up with Victoria's own thoughtful cuddle-muffin of a poet, Matthew Christopher Davidson!

That *ping* you just heard was our collective joy-nerve snapping!