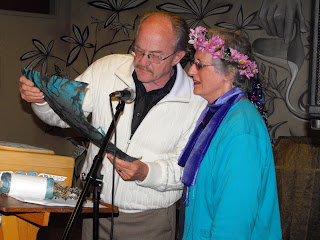 Wendy Morton has 5 books of poetry in the world, and a memoir. Her lastest book, What Were Their Dreams is a book of photo-poems, about Canada's history; the poems are on archival photos. Some of the poems are stories of First Nations residents of the Alberni Valley that have been turned into poems. She is the recent recipient of The Spirit Bear Award, instituted by Patrick Lane and Lorna Crozier and The Golden Beret Award from the Calgary Spoken Word Society both honouring her enduring contributions to the poetic community in Canada. She lives in west of Sooke, in the same old house for 37 years. She is a raven watcher. 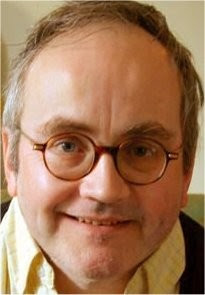 Frank Moher's plays have been seen internationally, at theatres including South Coast Rep (Costa Mesa, Calif.), the Canadian Stage Company (Toronto), Workshop West Theatre (Edmonton), the Asolo Theater (Sarasota, Fla.), Alberta Theatre Projects (Calgary), The Bunkaza Theatre (Tokyo), and Dodona Theatre (Prishtina, Kosova). They include Pause, The Broken Globe, Down for the Weekend, Odd Jobs, Sliding for Home (with Gerald Reid), The Third Ascent, Prairie Report, Kidnapping the Bride, Farewell, McLuhan: The Musical (with Gerald Reid), Supreme Dream (with Rhonda Trodd), All I Ever Wanted, Tolstoy's Wife, Weather, and Big Baby. He is currently at work on Moonbound!, a musical adaptation of H.G. Wells' First Men in the Moon. His plays are published online by ProPlay and by the Playwrights Guild of Canada.

Also a journalist, Frank edits the online magazine http://backofthebook.ca. He has taught at the University of British Columbia and the University of Alberta (where he was a Distinguished Visiting Artist), and is currently Chair of the Department of Creative Writing and Journalism at Vancouver Island University. He lives on Gabriola Island. 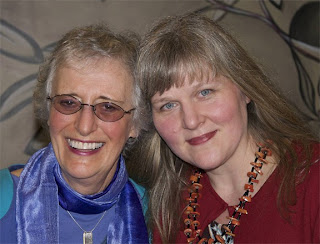 
Rhonda Ganz is delighted to have a poem in Rocksalt: An Anthology of Contemporary BC Poetry. A stanza from that poem showed up on Vancouver buses as part of the 2010 Poetry in Transit project. At the end of 2009, the Times Colonist newspaper commissioned her as one of five poets to write a poem to celebrate solstice. Previously published in Ascent Aspirations and several chapbooks edited by Patrick Lane, Rhonda is pleased to be a featured reader at Wordstorm, where she has often been an appreciative member of the audience. When not writing poetry, Rhonda works as a graphic designer and editor and dotes on her husband and three cats. She reads entirely too much crime fiction, if such a thing is even possible.

If you have any questions about this WordStorm or others, please don't hesitate to contact Cindy Shantz at cindyshantz@shaw.ca or phone Cindy Shantz at 722-2566 and leave a message or email David Fraser at ascentaspirations@shaw.ca

Posted by Floating World at 1:54 PM