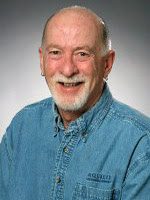 Award-winning author Richard Lemm was born in Seattle, Washington, and immigrated to Canada in 1967. He has an MA in English from Queen's University and a PhD from Dalhousie University. He has been a faculty member at the Banff School of Fine Arts, and has been writer in residence and poetry instructor for various community colleges, regional libraries, public school districts, and summer writing programs across the country.

An award-winning poet and past-president of the League of Canadian Poets, he is the author of four books of poetry; his most recent collection is Four Ways of Dealing with Bullies. He is the author of Milton Acorn: In Love and Anger, a biography of the "People's Poet" of Canada. In 2007, Shape of Things to Come, a collection of stories was published by Acorn Press.

Richard lives in Charlottetown where he is professor of Canadian and English Literature and Creative Writing at the University of Prince Edward Island. 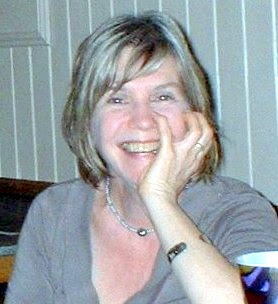 Born in northern England, Pam Galloway now lives in Vancouver. Her poetry is published widely in literary magazines and anthologies and on the website of the Canadian Parliamentary Poet Laureate (www.parl.gov.ca ). In 2008/2009 one of Pam's poems travelled on the skytrain and buses as part of "Poetry In Transit".

She worked collaboratively with Quintet, a group of poets in Vancouver to produce their poetry collection, Quintet: Themes and Variations, (Ekstasis Editions 1998). Her first book of poetry Parallel Lines was published in 2006, (Ekstasis Editions). Recently, her poetry was included in the photographic/poetry collection A Verse Map of Vancouver. She has an MFA in creative writing from UBC.

Winona Baker is a poet, wife, and mother of four children. She has won international awards for haiku and tanka; her poems have been translated into French, Croatian, German, Greek, Japanese, Romanian, and Yugoslavian and are published in over 80 anthologies in North America, Europe, New Zealand, and Japan. She has published five poetry books: Clouds Empty Themselves, Not So Scarlet a Woman (Red Cedar Press, 1987), Beyond the Lighthouse (Oolichan, 1992), Moss-Hung Trees (Reflections, 1992), and Even a Stone Breathes (Oolichan, 2000). 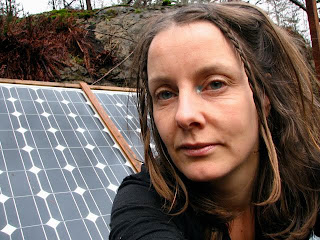 Kirsty Elliot lives on a little island homestead and is delighted to be leaving the dirty diapers behind to join you for a night of poetry.
Posted by Floating World at 11:42 PM